CHALLENGING DAY OF QUALIFYING FOR ÁLEX MÁRQUEZ AT JEREZ

CHALLENGING DAY OF QUALIFYING FOR ÁLEX MÁRQUEZ AT JEREZ 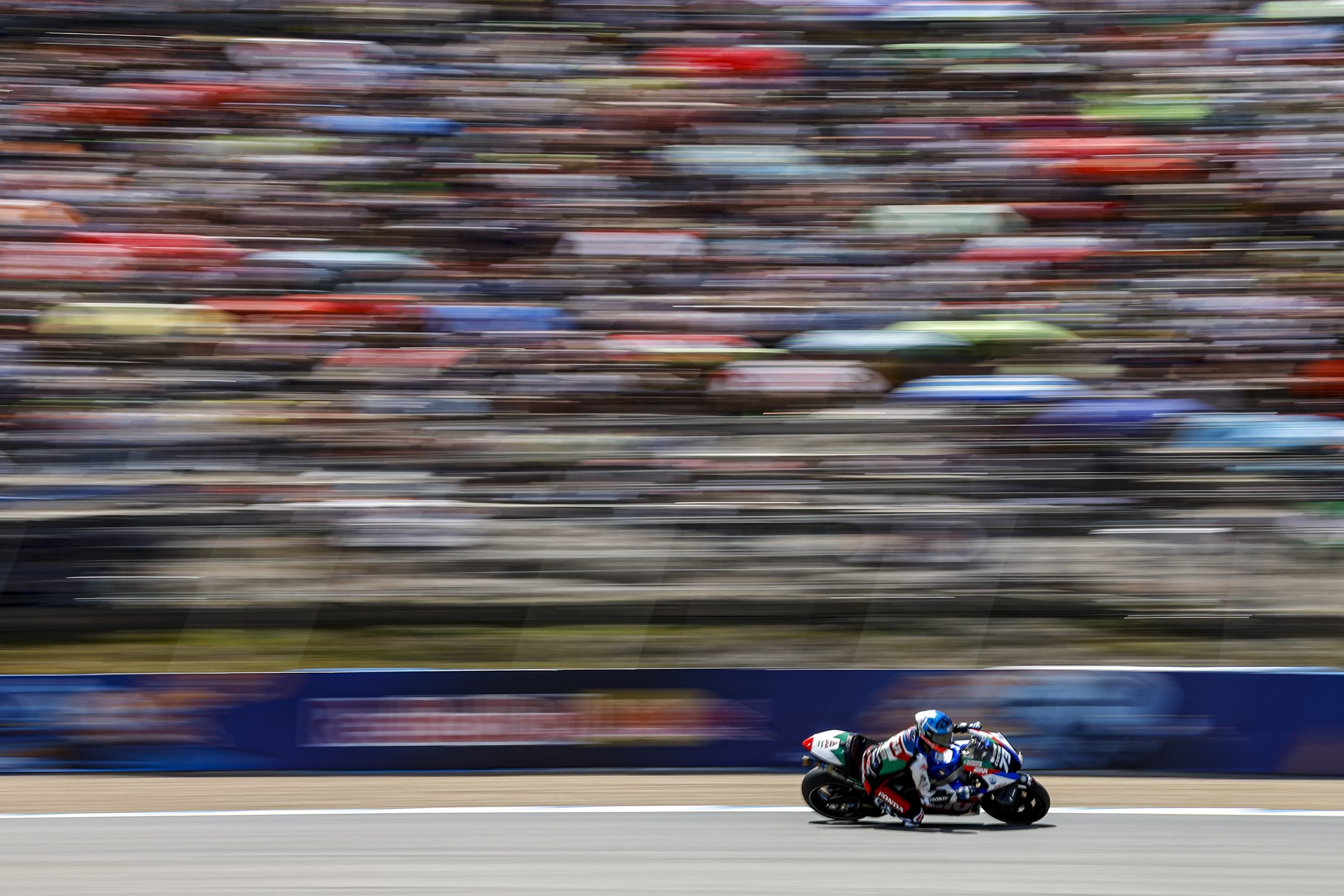 Álex Márquez endured a tough day of qualifying at the Spanish Grand Prix and will now look to make a strong fightback in Sunday’s race at the Circuito de Jerez. The LCR Honda CASTROL rider could not find rhythm on the 2022 RC213V on Saturday and eventually had to settle for a spot on the eighth row of the grid.

Having finished third fastest in yesterday’s opening FP1 session, the Spaniard was looking to make a step in FP3, but was unable to recover from an early fall and could not progress as hoped. He finished 18th in FP4 – one position ahead of brother Marc – but was then 12th in Q1, meaning he’ll start from 22nd position tomorrow.