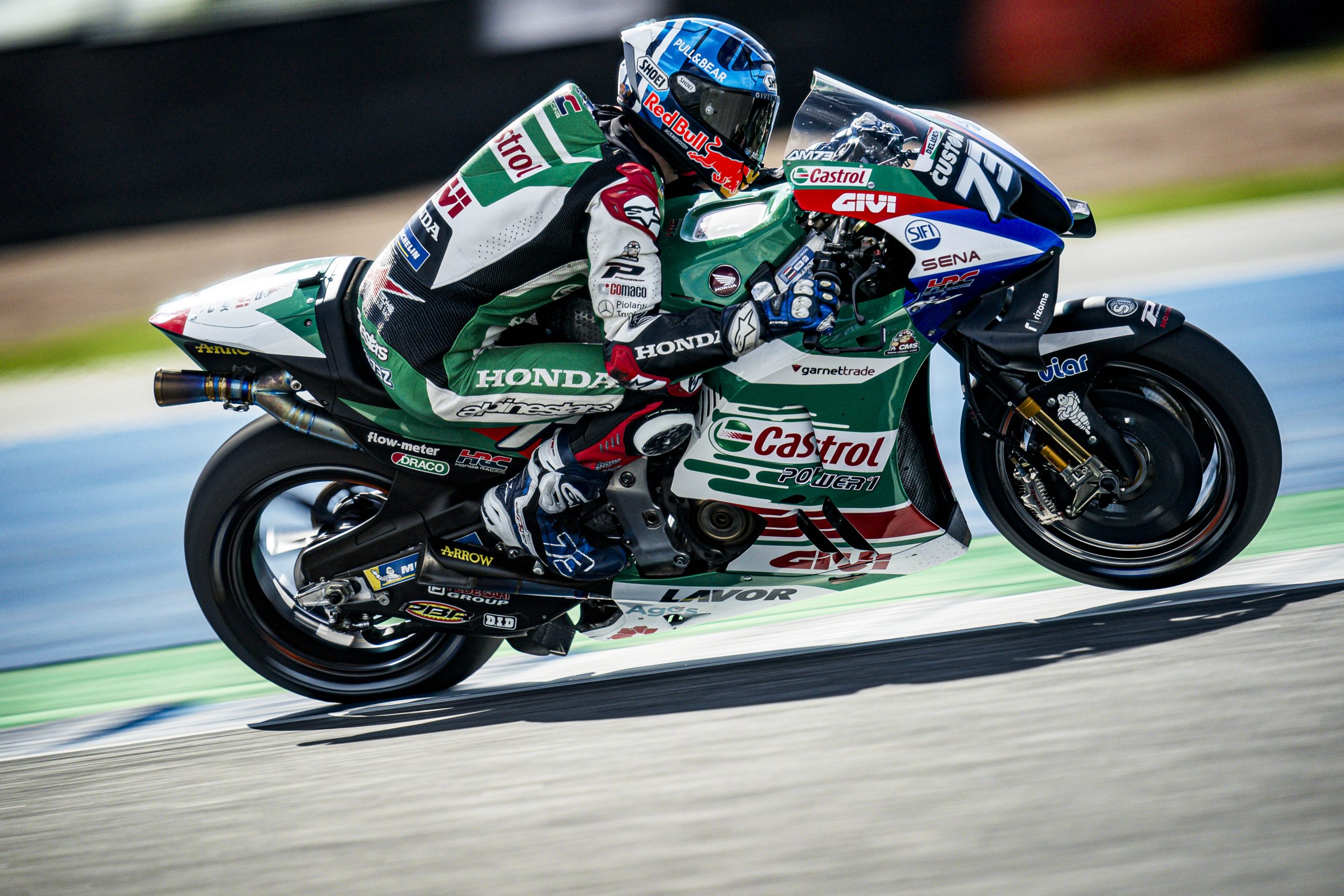 LCR Honda CASTROL rider Álex Márquez produced a superb ride in wet conditions to take 8th position at Sunday’s Grand Prix of Thailand. The race was delayed by an hour due to a deluge of rain at Buriram and, when the action finally got underway, it was on a sodden track at the Chang International Circuit.

Álex made the most of his prowess in wet conditions to storm through the field in the opening stages, moving up into tenth by the end of the first lap. On lap six he had climbed into 5th and was chasing down brother Marc Márquez, but as the track dried out, he struggled to maintain his early rhythm and eventually settled for eighth after 25 tough laps.