ÁLEX MÁRQUEZ THE FASTEST HONDA ON DAY ONE AT SILVERSTONE

ÁLEX MÁRQUEZ THE FASTEST HONDA ON DAY ONE AT SILVERSTONE 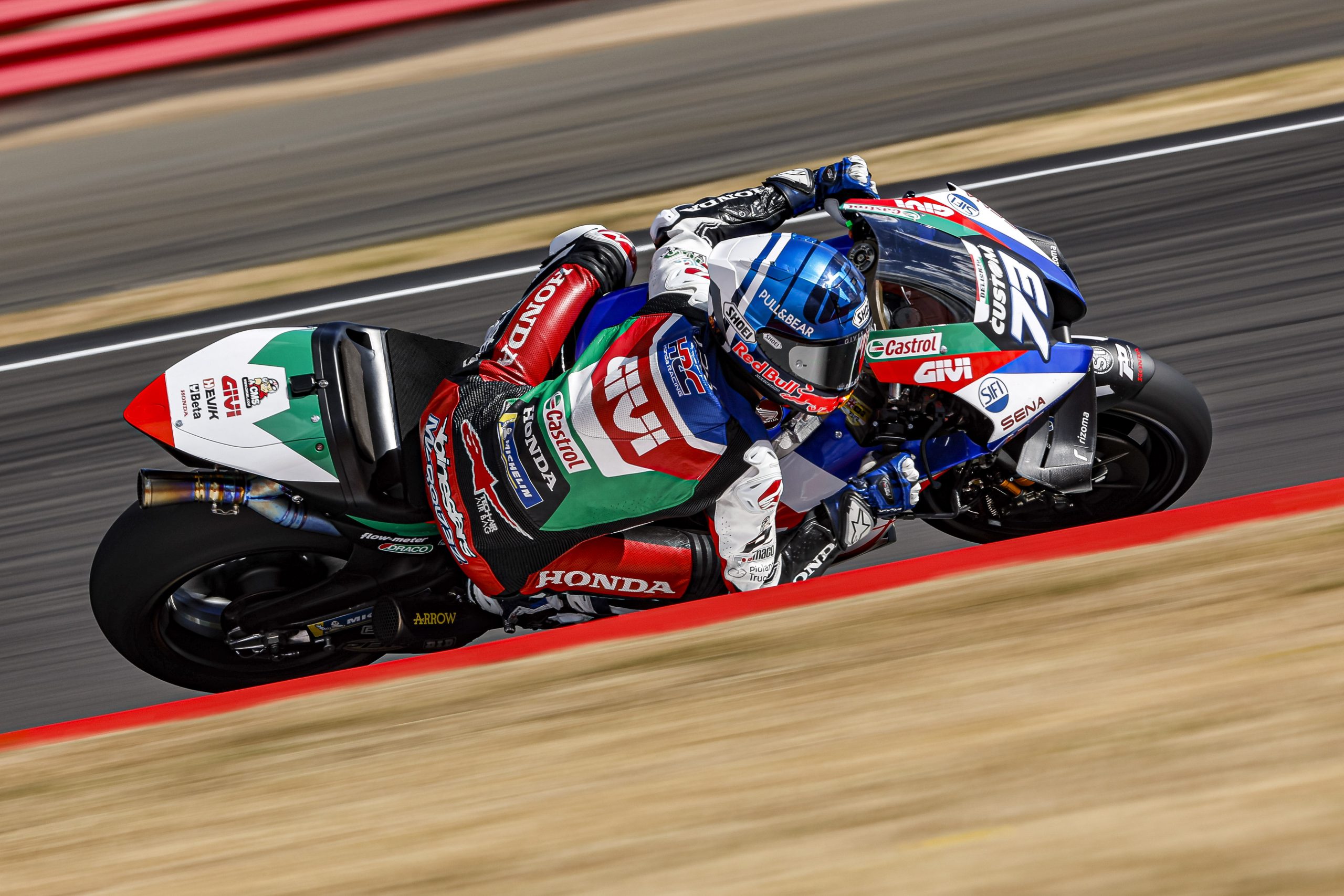 Álex Márquez made a solid start as MotoGP returned to the track at the British Grand Prix today. The LCR Honda CASTROL rider ended up in 14th position overall as he and his premier class peers reacquainted themselves with their machinery after the five-week summer break.

The British weather behaved on the opening day at Silverstone with free practice taking place under sunny, cloudy skies. Álex eased back into things by taking 15th spot in FP1, but then improved by around a second a half in the afternoon session to emerge as the leading Honda rider on the timesheets.