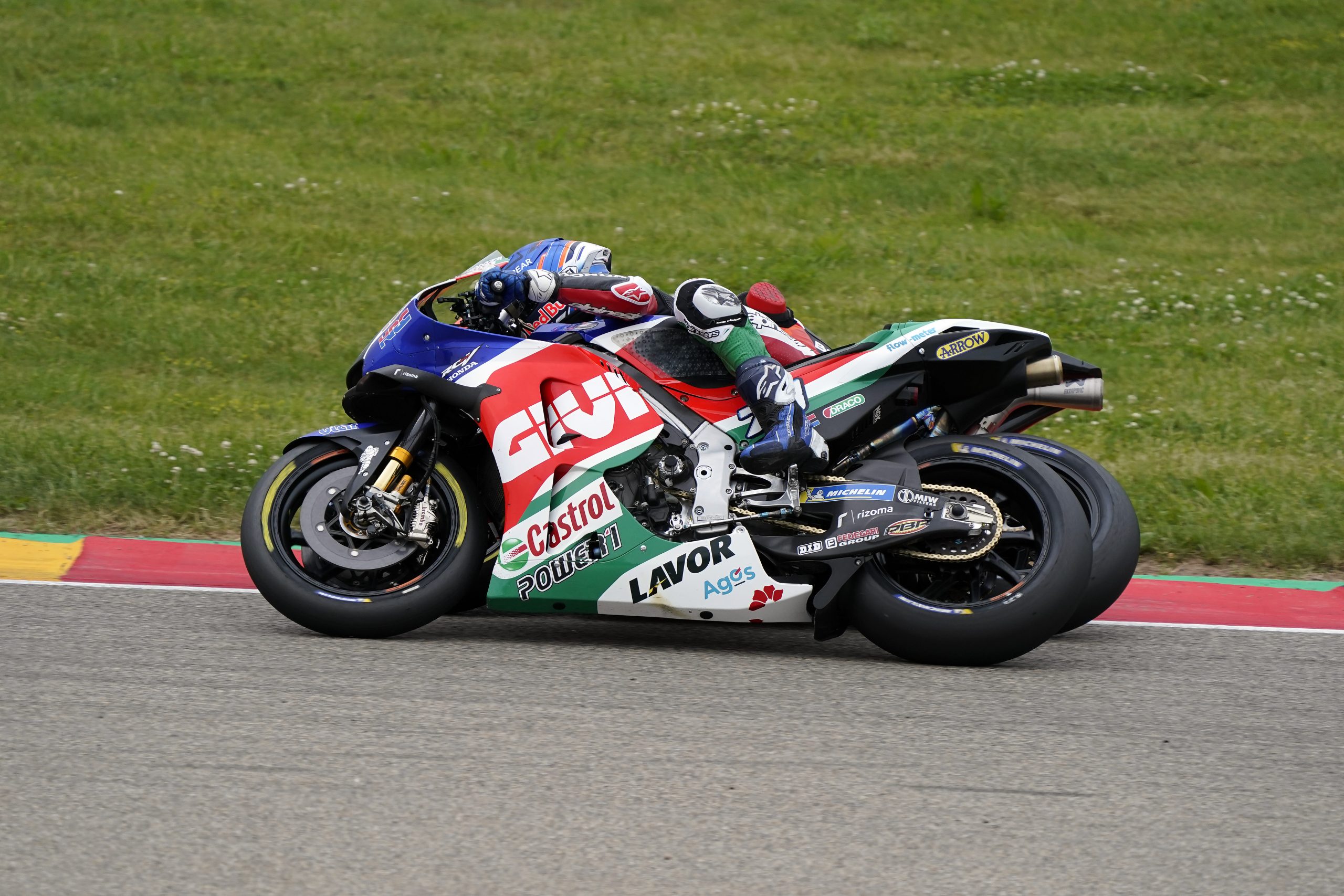 The German Grand Prix ended in disappointment for Álex Márquez as he went out in the early stages at the Sachsenring. The LCR Honda CASTROL rider had enjoyed a positive weekend at the German venue having qualified on the fourth row after progressing to Q2, but was unable to build on that progress in Sunday’s race.

Having looked comfortable in the warm-up session, Álex did not make the start he wanted and lost places over the first couple of laps. The Spaniard tried to fight his way back through the field, but contacted another rider on the fourth lap and crashed out to bring a frustrating end to his weekend.