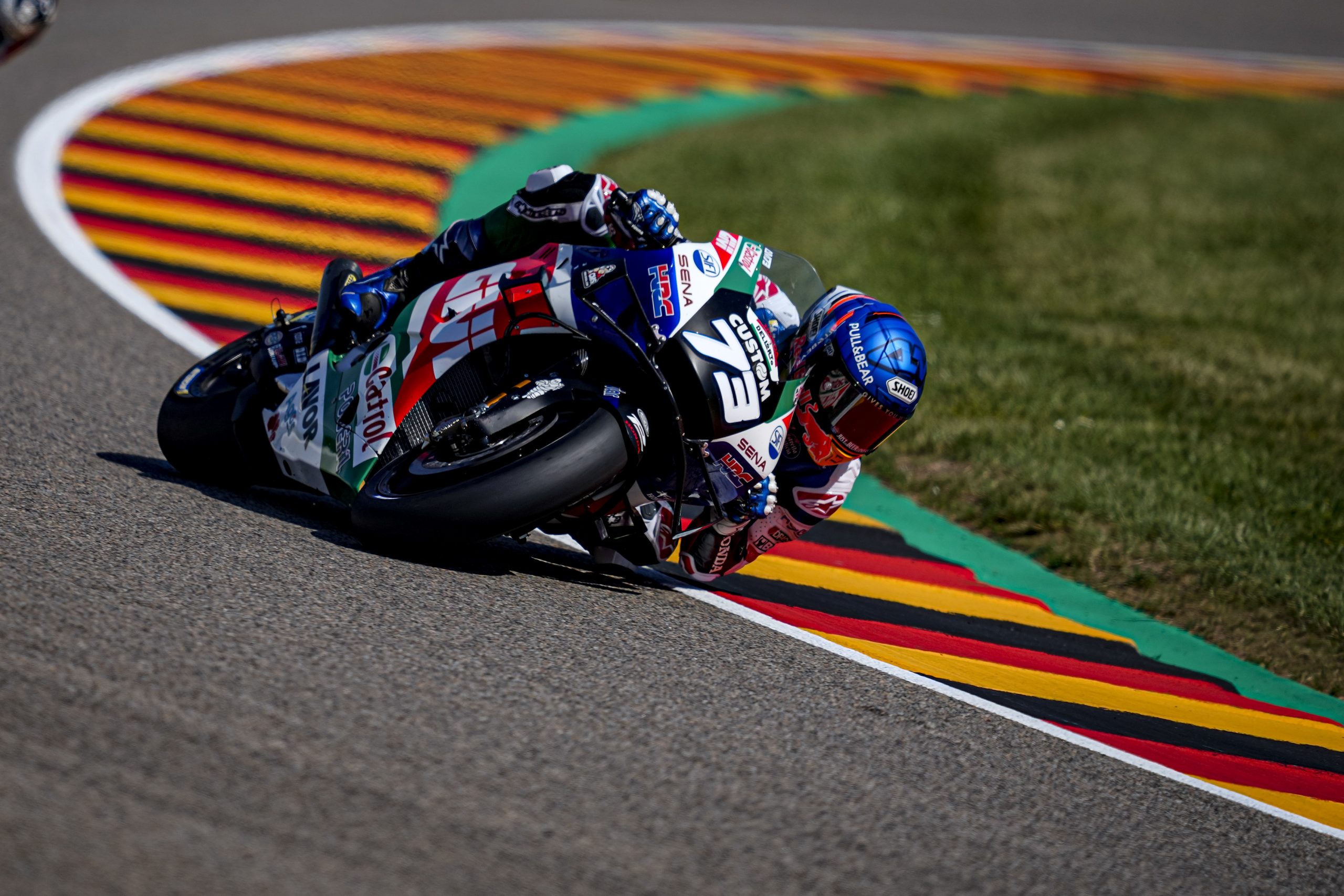 Álex Márquez will start the German Grand Prix from the fourth row of the grid after advancing to Q2 for the first time this season at the Sachsenring. The LCR Honda CASTROL rider delivered on the potential he showed during free practice on Friday and also demonstrated notable race pace ahead of Sunday’s MotoGP showpiece.

In 13th position on the timesheets overnight, the Spaniard found the improvements he was looking for in FP3 to secure tenth spot and automatic progress to Q2. He then performed impressively in FP4, finishing as the second fastest Honda in seventh, before settling for 12th in a highly-competitive Q2 session.