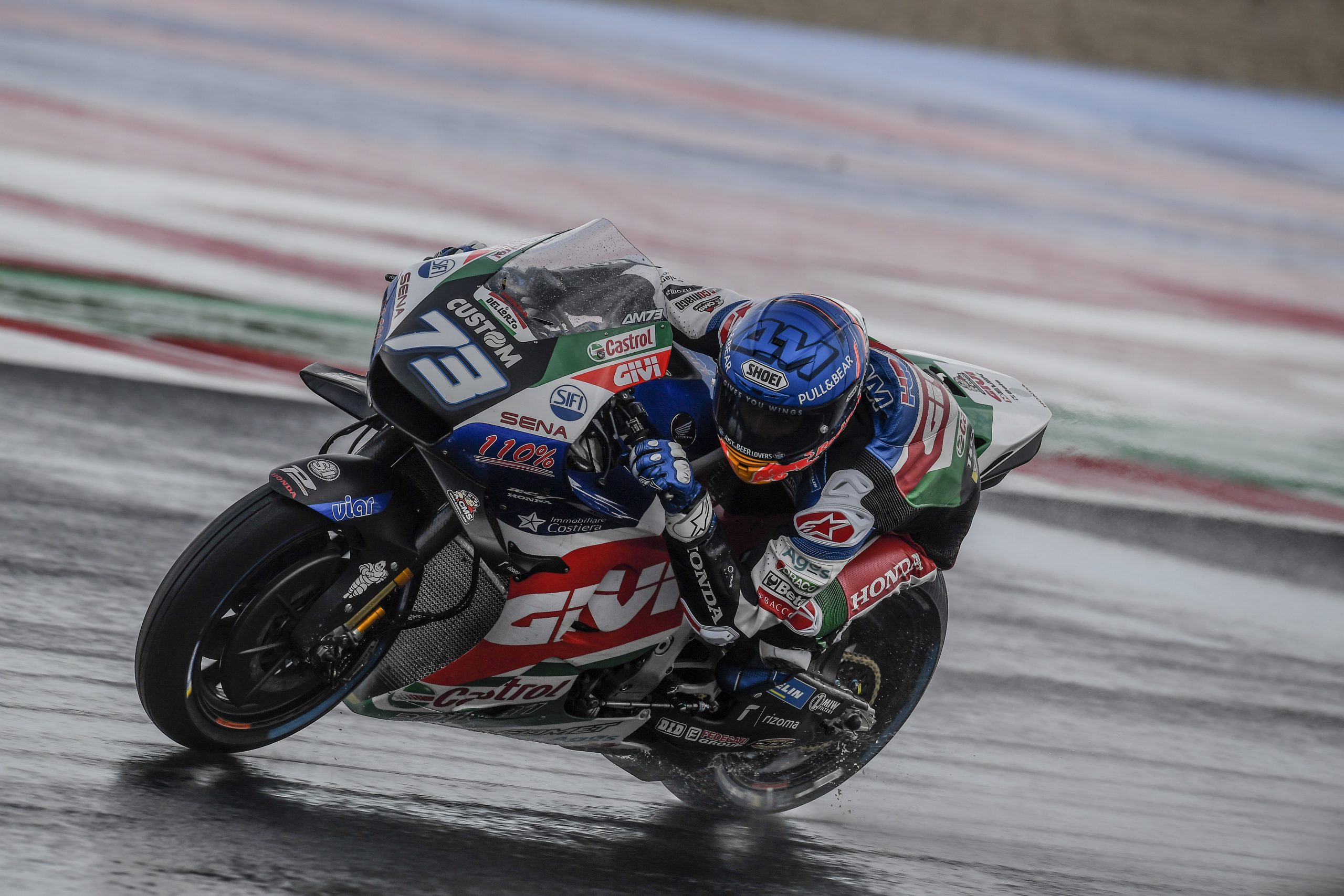 LCR Honda CASTROL rider Álex Márquez had mixed fortunes as changeable weather complicated matters on the opening day of free practice for the San Marino GP. The MotoGP class experienced both dry and wet sessions at Misano on Friday and the Spaniard will look to improve tomorrow after ending up in 18th position overall.

Back at a circuit where he has finished on the podium three times previously, Álex could not find an optimal set-up during a dry FP1 and eventually ended the session in 18th. A heavy downpour then tested his wet skills in FP2 and he fared encouragingly – given the mixed weekend forecast – as he took tenth spot.