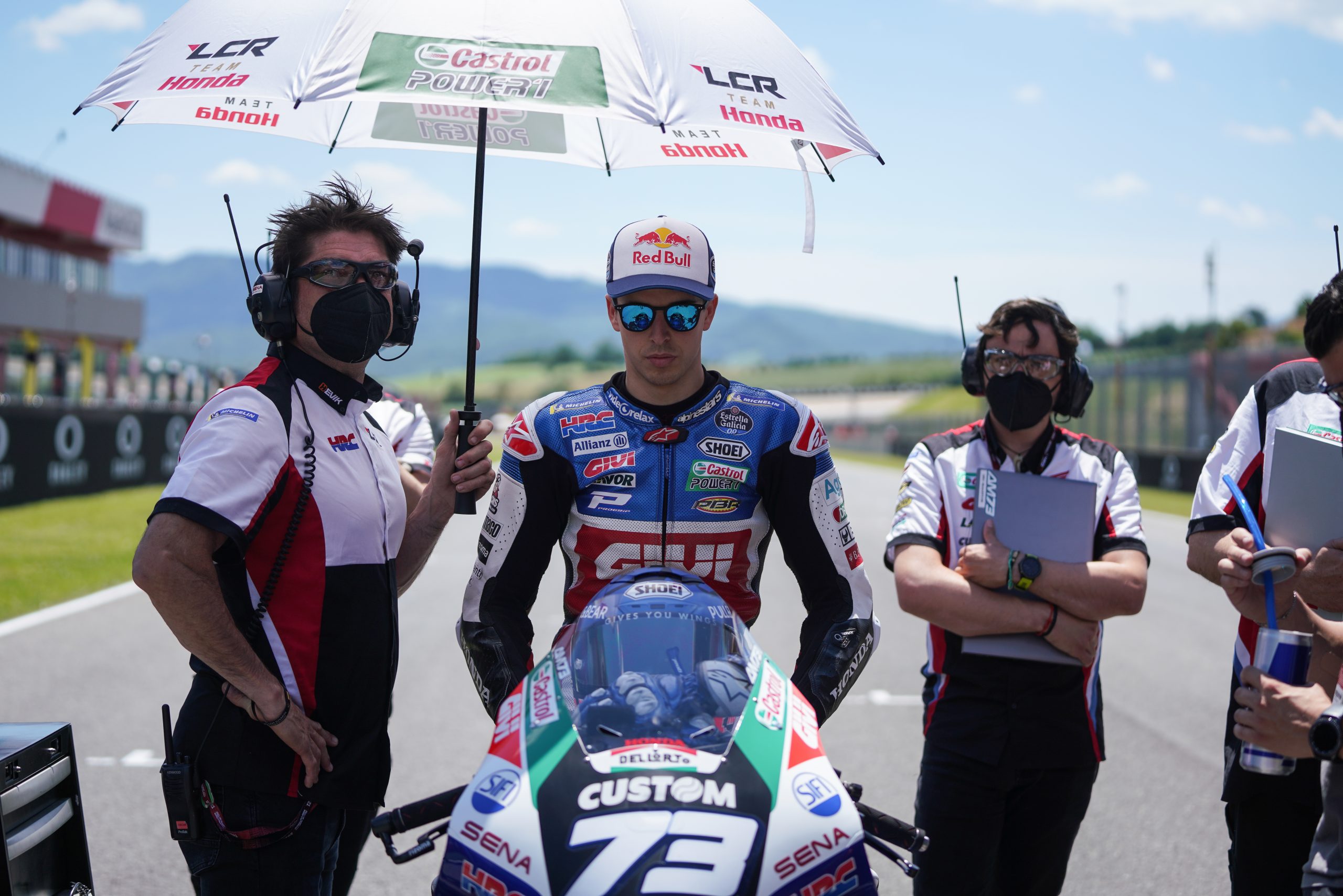 Álex Márquez secured a points finish at Mugello, but the Italian Grand Prix was overshadowed by awful news of the death of Moto3 star Jason Dupasquier. Starting from the back of the MotoGP grid, the LCR Honda CASTROL rider showed determination to climb through the field and took the chequered flag in 14th position on an emotional day for the entire paddock.

Álex demonstrated his improving pace by taking 7th spot in the morning warm-up session and then made a positive start to pick up a few places on the opening lap. He battled hard throughout and eventually finished just four seconds outside of the top 10, but the Spaniard was quick to pay tribute to Dupasquier afterwards.