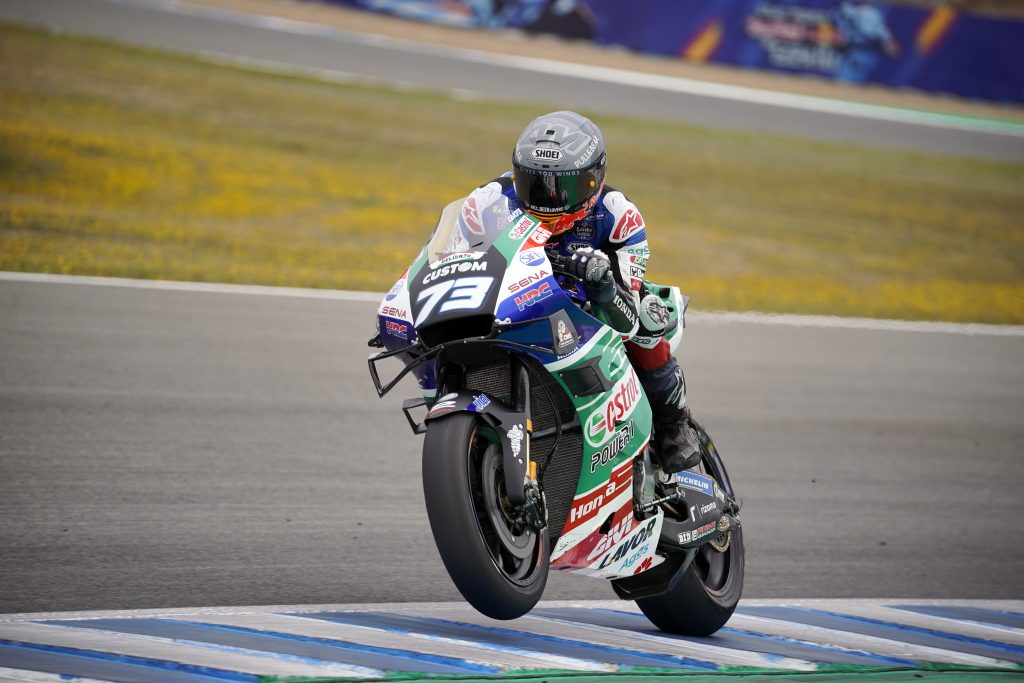 The LCR Honda CASTROL Team undertook a day of tests at the Circuito de Jerez-Ángel Nieto on Monday, just a day after the Grand Prix of Spain took place at the same venue. Conditions were ideal, as they had been throughout the race weekend, which meant that Álex Márquez was able to complete a mammoth 75 laps of the track, providing vital feedback for the remaining 15 races of the MotoGP season.

With MotoGP testing more limited than usual at the start of the year, the day-long session was a crucial opportunity to test a variety of items on Álex’s factory Honda RC213V, and both rider and team were satisfied with the progress made. There was no time to complete an outright fast lap of the track, leaving the Spaniard 15th on the overall timesheets, but the whole LCR Honda CASTROL squad were more than happy with the work completed.