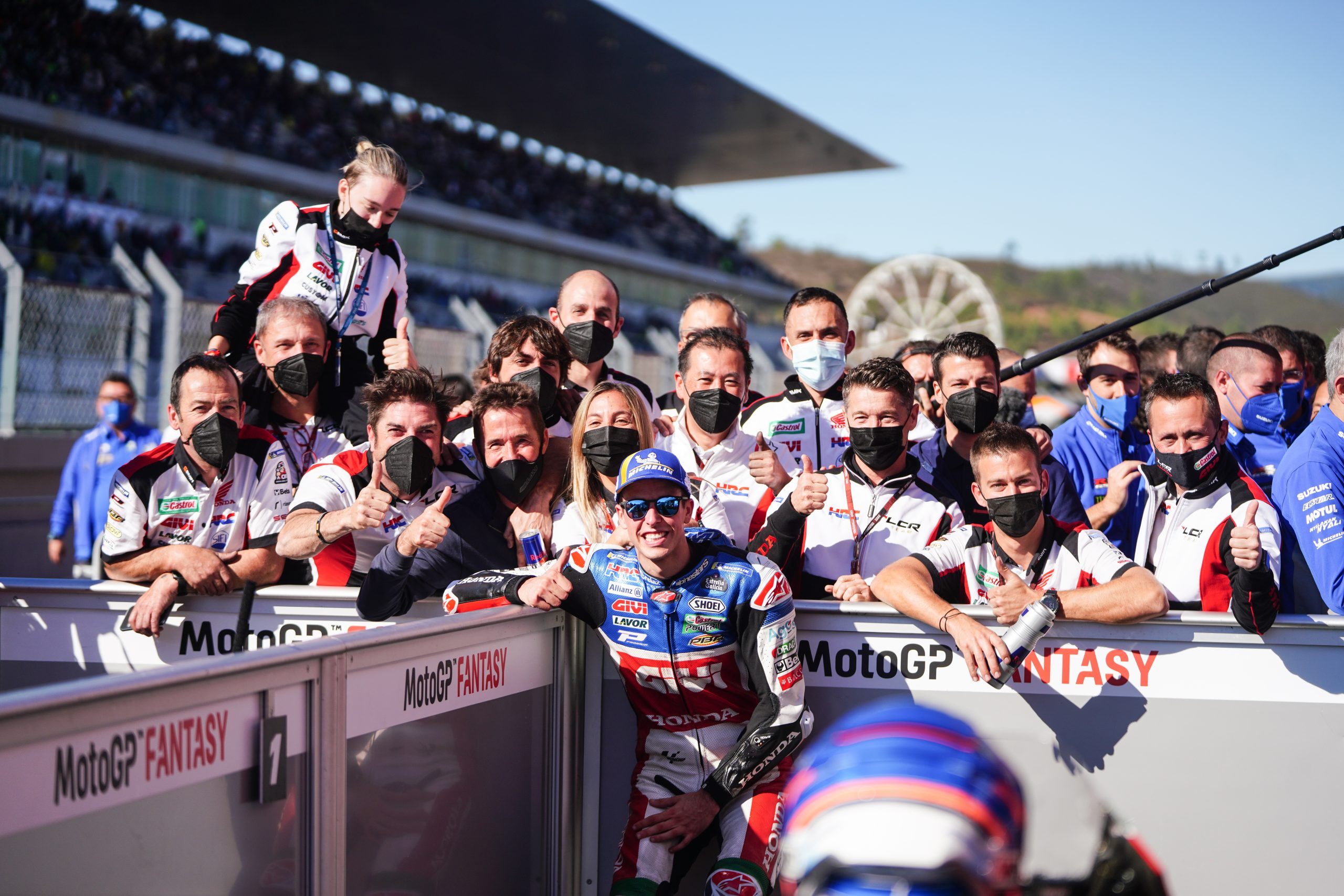 Álex Márquez produced his best ride of the 2021 season to take a superb 4th  place at the Algarve Grand Prix. The LCR Honda CASTROL rider backed up his pace throughout the weekend in Sunday’s race and was unfortunate to miss out on a podium finish as a red flag brought a premature end to proceedings at Portimao.

Departing from eighth on the grid, the Spaniard made a brilliant start and then muscled his way past factory Honda rider Pol Espargaro to end the opening lap in fifth. He soon passed Jorge Martin and Jack Miller to move into third and held that position for the majority of the race. Miller snuck back ahead with four laps remaining and Álex was unable to respond as the red flag was waved on lap 23 after a collision between Lecuona and Oliveira.