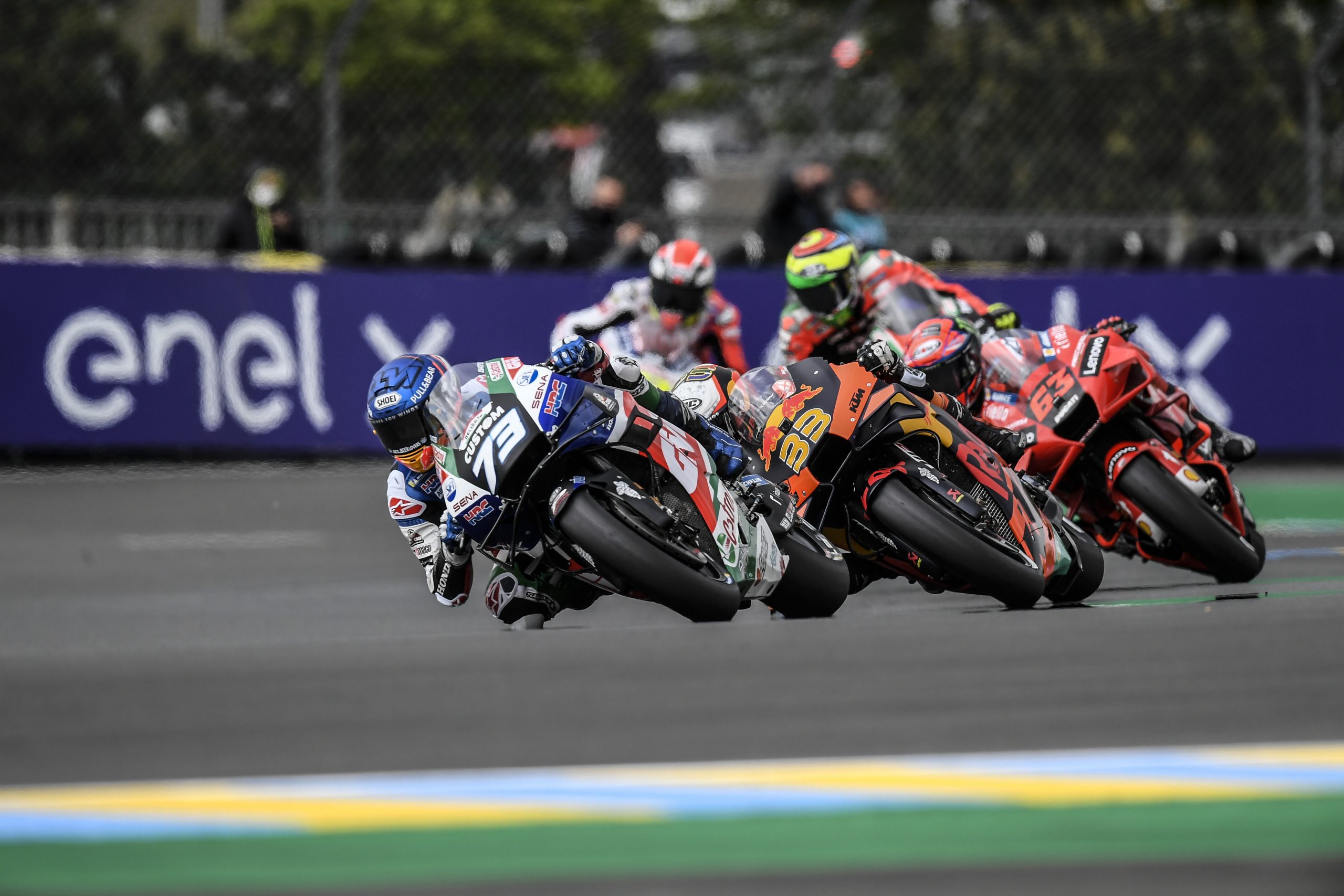 Álex Márquez produced a superb ride to secure his best result in LCR Honda CASTROL colours as he finished 6th in a dramatic French Grand Prix. The Spaniard took advantage of mixed conditions at Le Mans to climb through the field and hold on for an outstanding result, having started the race down in 19th position on the grid.

The race got underway in dry conditions and Álex made up a couple of places on the opening lap, but with rain soon falling the riders headed back to pitlane to swap bikes. As he had done all weekend, the Spaniard then showed his prowess in wet conditions to climb through the field and eventually passed his LCR team-mate Takaaki Nakagami on his way to finishing as top Honda rider.