ÁLEX MÁRQUEZ ON THE SEVENTH ROW AT LE MANS

ÁLEX MÁRQUEZ ON THE SEVENTH ROW AT LE MANS 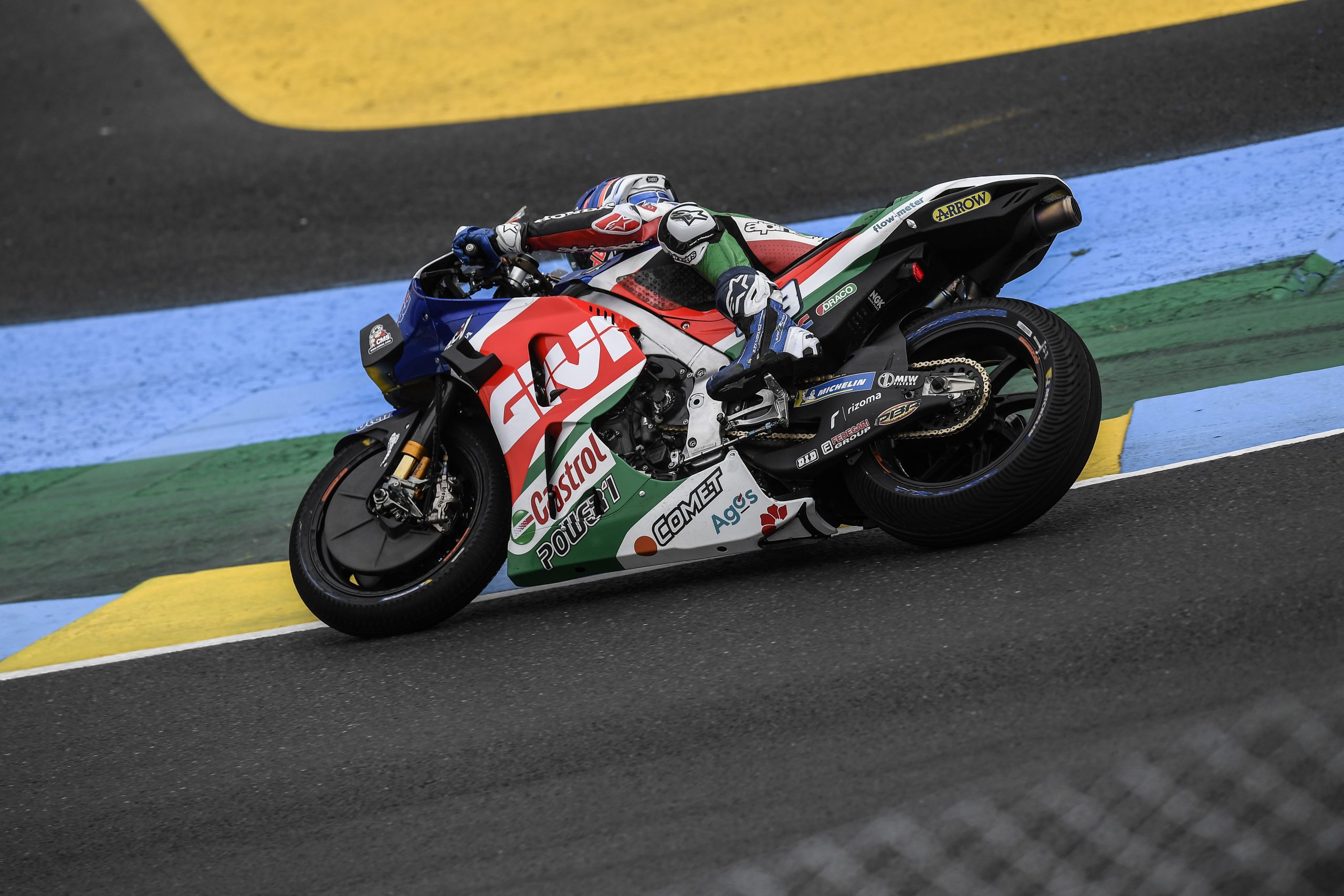 LCR Honda CASTROL’s Álex Márquez will start the French Grand Prix from the front of the seventh row following a hectic day of qualifying at Le Mans on Saturday. With rapidly changing weather conditions again making life hard for the MotoGP class, the Spaniard competed hard but was ultimately unable to progress from Q1, ending up in 19th position on the grid.

With rain in the morning ensuring that FP3 took place on a wet track, the riders were unable to improve their overnight lap times – although Álex finished a creditable 11th in the session and then showed good race pace in a drying FP4 as he took ninth. But rain returned ahead of Q1 and as he pushed to the limit to secure a top-two spot, the LCR man slid out in the closing stages to end his chances.