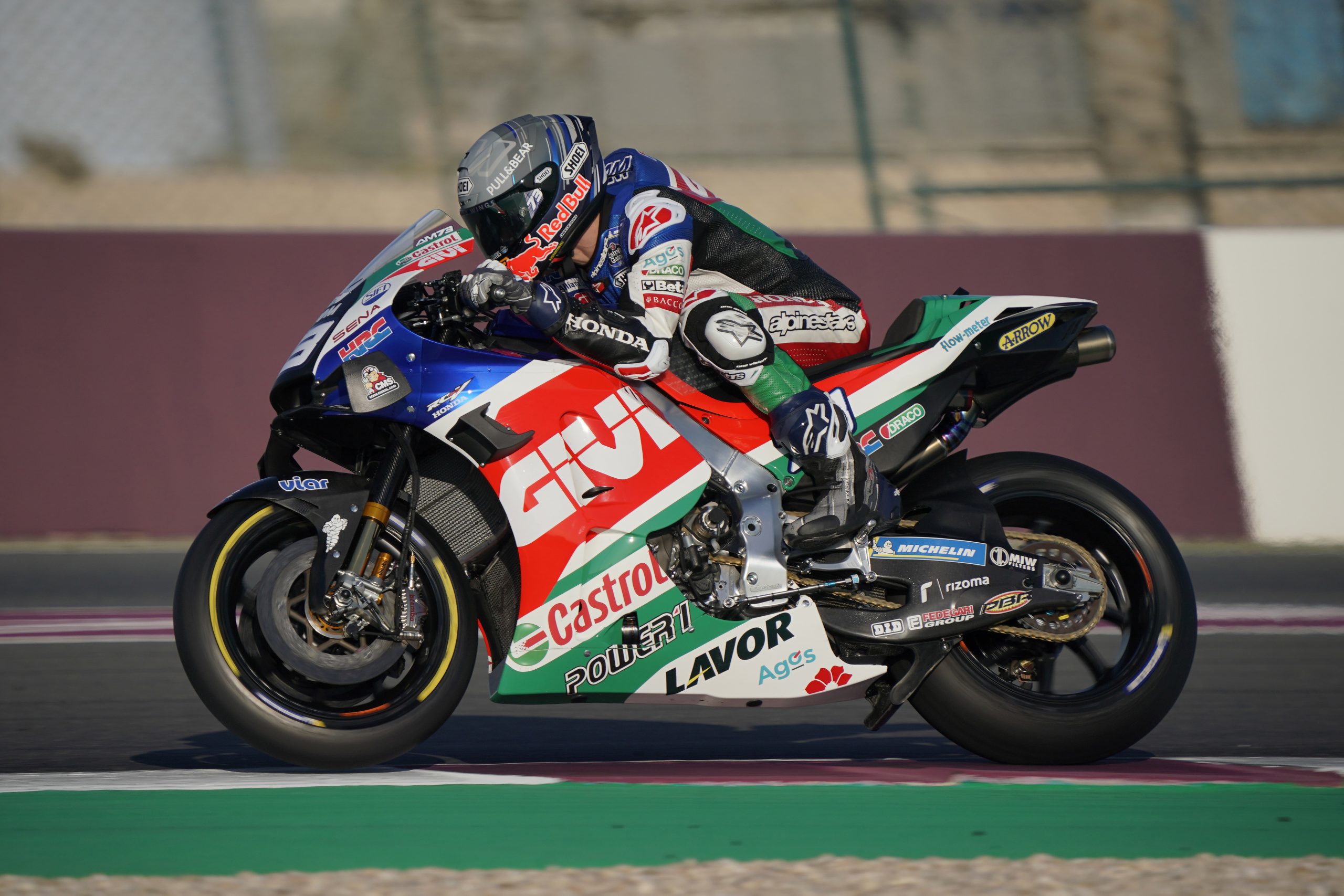 The second day of MotoGP pre-season testing took place at the Losail International Circuit on Sunday; another afternoon-evening session under much-improved conditions compared to the strong winds of day one. For LCR Honda CASTROL and their new recruit Álex Márquez it was just a second day of working together, but both parties were positive about the progress made over the weekend.

Márquez continued to work hard with the team on new items from HRC, and despite two minor slide-outs topping and tailing the day, still managed to complete 53 laps of the Qatari venue, with a best time of 1’54.952. This was just a second down on the overall fastest lap of the evening, and without the Spaniard having put in a time attack lap.

After two days of downtime in Doha, the LCR Honda CASTROL Team will reconvene for three further days of testing in Losail from Wednesday 10th March, ahead of the season proper which begins two weeks later.