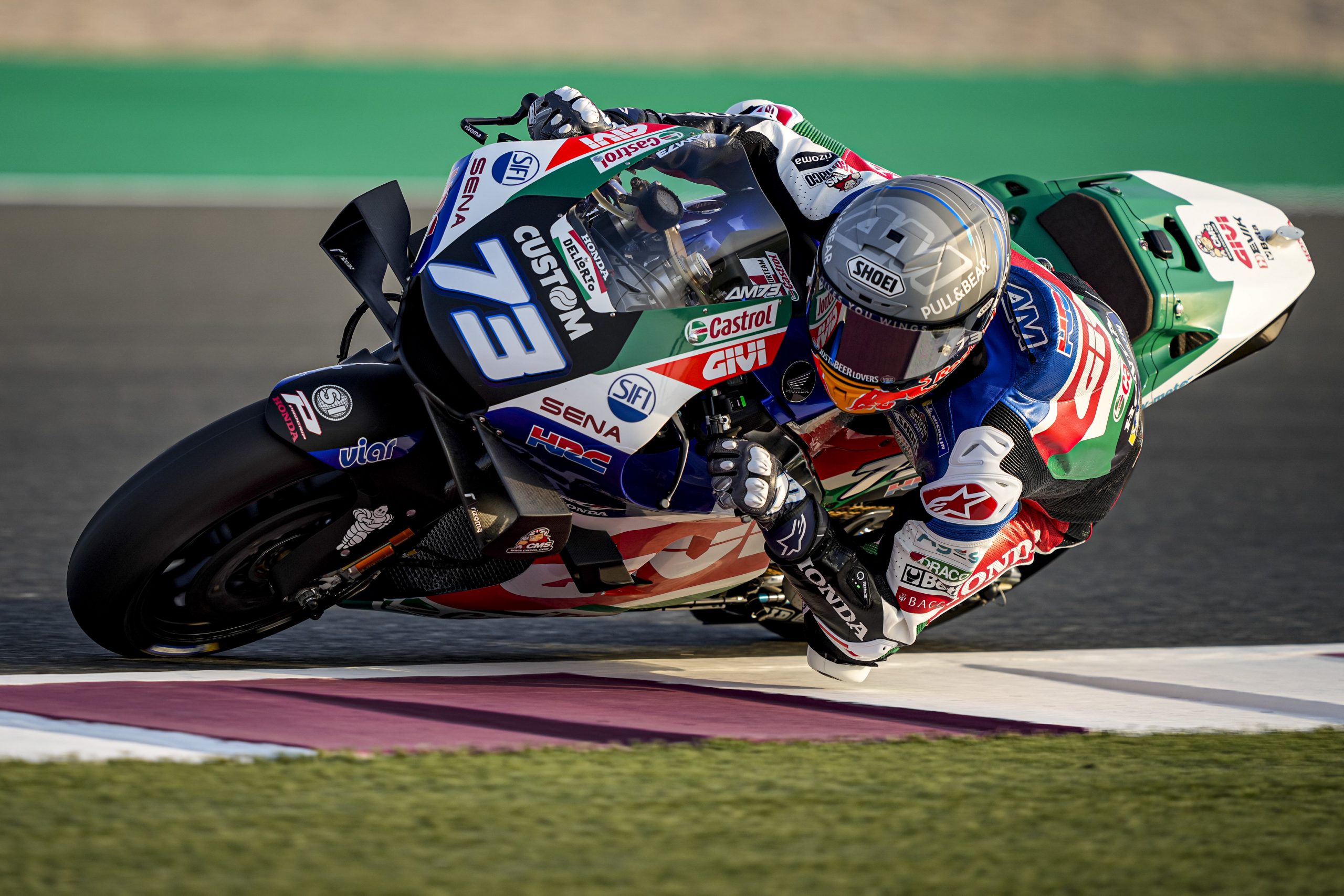 The excitement for the start of the 2021 MotoGP World Championship was ramped up in Qatar on Saturday with the first day of action for a full field of riders and bikes at the Official Test. After a long winter of hope and anticipation, the LCR Honda CASTROL squad were finally able to show off their brand-new look with their incoming rider – the two-time world champion Álex Márquez.

The popular Spaniard joins the LCR Honda CASTROL team after an impressive rookie campaign on the factory Honda, and got his first taste of this year’s version of the RC213V under the Losail International Circuit floodlights, completing a total of 48 laps with a best time of 1’55.278.

The on-track action began in the afternoon sun, before temperatures dropped significantly as evening fell. Whilst the track was in much better conditions than for a shakedown test on Friday, there was still a strong wind affecting handling around the circuit. This led to several riders being moved off the racing line and sliding out, including Márquez. Thankfully, the early crash was soon put behind the team as they got through some valuable work with new parts, and sealed the tenth fastest lap of the evening.