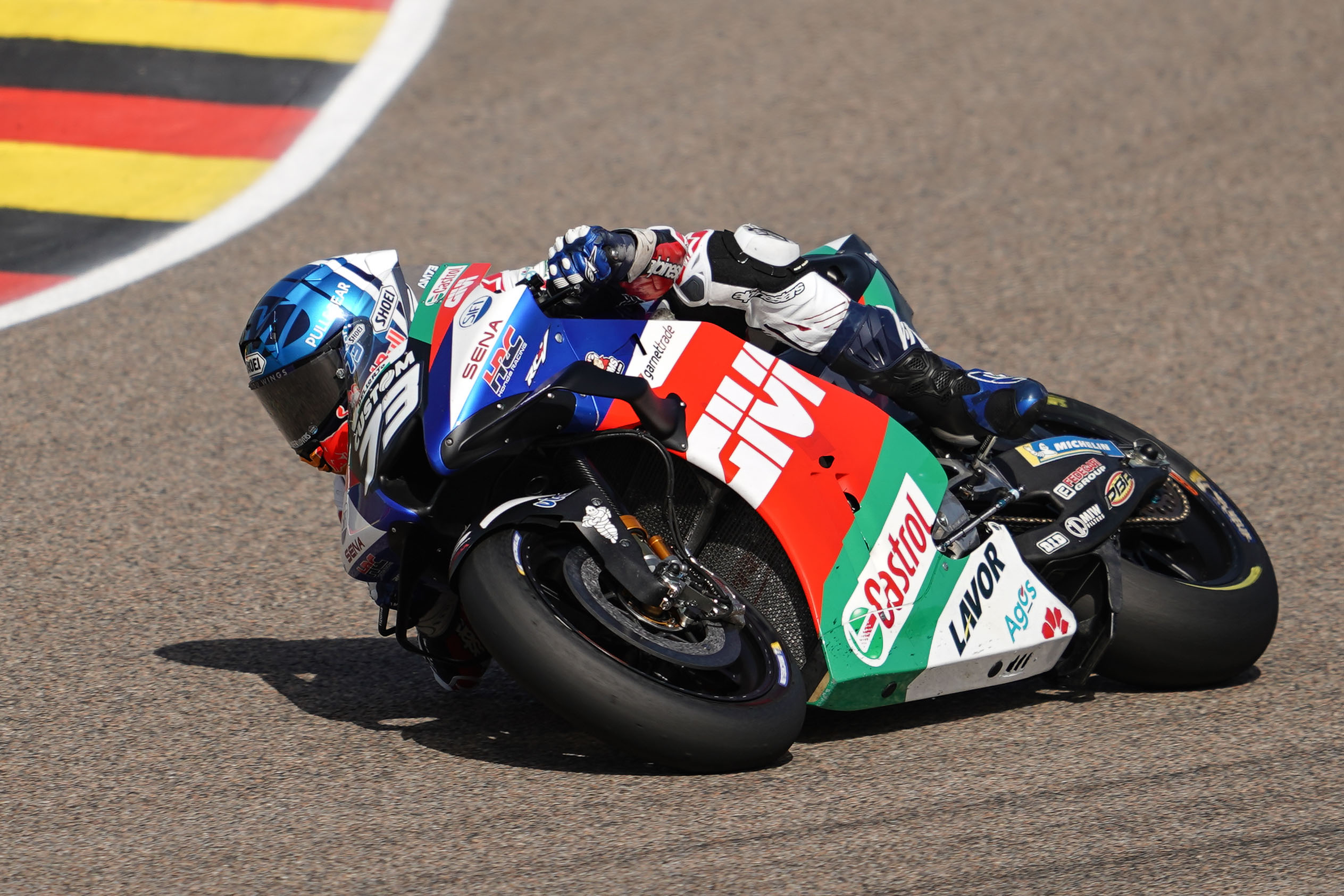 Álex Márquez saw his hopes at the German Grand Prix ended early by a technical issue as he had to retire at the Sachsenring. The LCR Honda CASTROL rider was forced back to his garage by a problem with the rear start device on his RC213V just seven laps into Sunday’s race in Saxony.

Starting from 16th on the grid, the Spaniard maintained his position at the start but instantly became aware of the issue with his bike. He managed to complete six laps before coming back in as riding conditions became increasingly treacherous. Álex will now look for a big performance next week at Assen in the final race before the mid-season break in MotoGP.